Jean (John) Pasteur, […] with Charles Pasteur and « sa femme » came to Virginia at the time of the Huguenot emigration in 1700 […]. Pasteur’s name was included in a list of migrants who came in the fourth ship. He died in Williamsburg in 1741 leaving a will.

Byrd in July, 1728 refers to « My Tenant Pasteur [who would pay Thomas Jones, executor of Richard King, Williamsburg] £2.12.6 which Byrd owed to King’s estate. »

In 1714 Pasteur purchased from the trustees of the city of Williamsburg, one lot numbered 271 with the usual stipulation that he build a dwelling on the lot within 24 months or it would revert to the trustees. As he occupied the property until his death, it is evident that he built thereon within the prescribed time. Andrew Anderson bought Lots 272 and 273 in 1739. These lots lay on the north side of Nicholson Street.

Prior to his buying a lot from John White, he rented from William Byrd. Byrd in writing from Westover in July, 1728 to Thomas Jones, refers to the death of Richard King: « You will find Enclosed my last account with poor Mr. Richard King, by which You will see how much I remained in his Debt. I have sent You a note on my Tenant Pasteur for that Sum being £2.12.6 … » (Jones Papers, Library of Congress).

In 1735 Governor Gooch in writing to the Bishop of London concerning « Mr. Pasteur [who] waits on your Lordship for holy orders; he was brought up at our College, and for sometime was Usher to the School; He is the son of a very honest industrious Man, who lives in this Town, and though in low circumstances, breeds up a large Family with Reputation … » (Gooch Papers, Vol. 3 (1732-40) Virginia Historical Society trans.)

In 1737 Pasteur bought the shop which was located on the south-east part of Lot 55 from John White. He held it only a year, selling to Gabriel Maupin and Mark Cosby.

His inventory dated November 16, 1741, indicates that Pasteur was operating a shop at the time of his death, or still owned barber and perukemaking instruments. (York County Records, Deeds, Orders, Wills, #19, p. 86).

Sources used in compiling these notes: 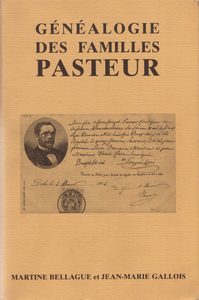